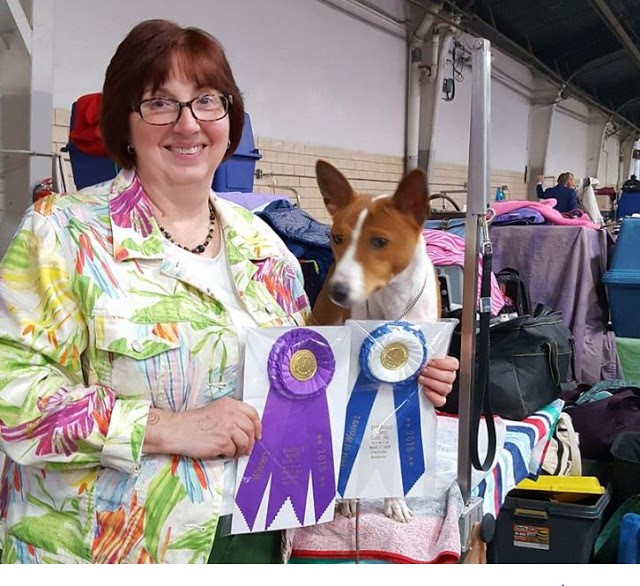 Perseverance and a Lap Full of Pups

Many years ago, I used to save all of my rejections.

I'd stare at the stack and wonder: Where did I go wrong? Why didn’t the editor like it?  Should I quit writing?

Those questions cropped up when one of my favorite stories was repeatedly turned down.  I loved this story.  My protagonist owned a Basenji, an amazing barkless dog that vocalizes by yodeling.

All of these rejections made me sad and angry.  I thought the story was worthy of publication.  So, my husband told me not to give up.  He suggested that I write a nonfiction piece on this breed because nonfiction was less subjective.  He made a good point.

I did more research and discovered many interesting facts.  For instance, Basenjis originated in the Democratic Republic of Congo in Africa, where they earned the nickname "the jumping up and down dog."  They were hunters and would leap high over the tall native grasses of their homeland to locate prey.

After compiling the information and then composing the article, I submitted "The Barkless Dog" to Wee Ones, an ezine that accepted nonfiction stories for children. The editor emailed me a few days later to say she had never heard of this breed and that the article was fascinating.  She promptly sent an acceptance!

This was my first published article.  For a writer, nothing feels more amazing.  And yet at the same time, I got panicky.  The editor needed photos before the piece could be published.

I searched websites and contacted Basenji webmasters across the country for photographs.  And the response was overwhelming.  These people loved their dogs and everyone wanted to share their pictures with me for the article.

One of the Basenji breeders, Carole Kirk invited me for a visit.  She is pictured above.  Carole stated on her website that she lived in Kewas in the eastern part of the state.  Through our correspondence I found out that she lived only twenty miles away! 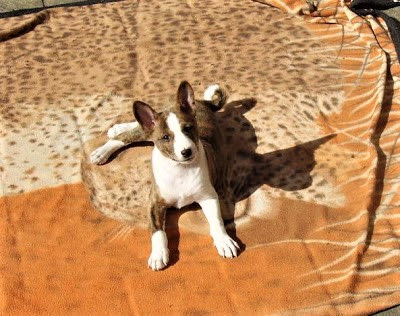 A week later, my daughter and I travelled to Versailles, Kentucky, where I met Carole, four adult Basenjis, and a handful of pups—seven, to be exact—for a Basenji party.  Friends of Carole brought their Basenjis, too.

I lost count of the total number of dogs.  All I can say is we were surrounded by yodeling, curly-tailed dogs—all of them wanting to be petted AT THE SAME TIME!

We spent the afternoon playing with Carol's award-winning dog Chance and her gentle, soft-furred pups.  These dogs were wicked smart, energetic, and entertaining.  And true to their nickname, they did a lot of jumping up and down.

It's been over ten years since the publication of "Barkless."  When I think of that article, it reminds me that I had been showered with many rewards.

I worked with a great editor, who even wrote me a thank-you note.

I learned about a remarkable breed of dogs.

And I met a gracious and fascinating dog owner and her adorable pets.

But none of this would have been possible if I had continued questioning my ability.  I would have never experienced the thrill of publication or known the joy of playing with pups if I had given up and not followed my husband's advice.

Perseverance led to many good things:  an acceptance, a boost in confidence, and a lap full of pups. 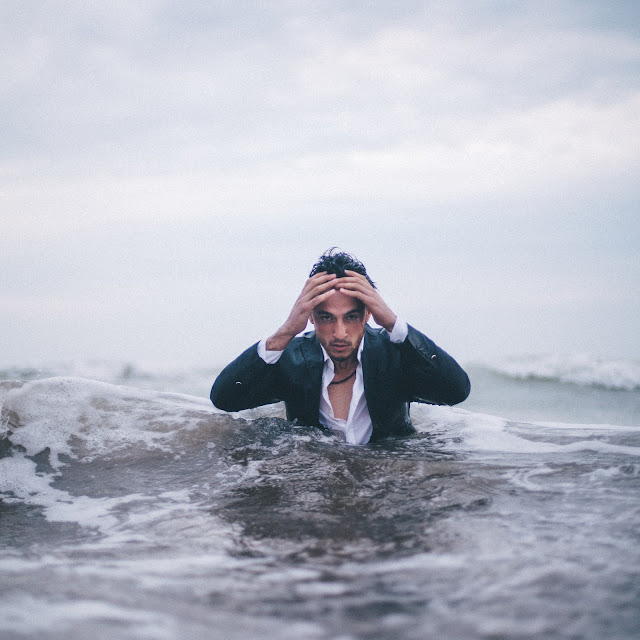 I didn't plan on being a mentor.

My intention was to write nonfiction articles for children with the objective of getting them published and developing a bio.  After several years of writing and publishing for kids, I had the good fortune of landing a job as an editor.  But during this time, I noticed the children's magazine market was changing.  Magazines were closing and writers had fewer opportunities to publish.  My fellow writers and I had this sinking feeling about the publishing world.

So, instead of complaining about the situation, I tried to change it.  I created Kid's Imagination Train ezine (KIT) an online magazine that inspires children to read and learn and gives writers a way to reach an audience.  Being the editor of KIT required deciding if submissions could be accepted for publication.  As I read manuscripts, I noticed many had the potential to be published, but the stories or articles needed revision.  Since I understood how writers longed for publication, I decided to become a mentor and show them how to improve their manuscripts.

In the years that followed I helped a lot of writers get published; however, my very first mentee was the most memorable.  G. Smith, a wannabe published writer, needed a lot of guidance.

Whether he was writing a story or an article, he had to be taught the importance of following the writer's guidelines (the standards writers are expected to observe).  He had to learn how to use active verbs, create conflict, and perfect grammar.  In addition, he needed to understand how to format bibliographies and compose query letters.  Sometimes he got it and other times he struggled.  At times, I wondered if I was getting through to him.  Would he ever catch on?

Though he tried my patience, I applauded his persistence and pluck.  He was earnest and sincere.  There was something likeable about this writer.  Eventually, through diligence and practice he got published.  In fact, he got published in the prestigious children's magazine Highlights, which is not an easy thing to do because the editors only accept outstanding writing.

How did I learn of this achievement?

It's been close to ten years since our initial contact, and we still stay in touch.  Every so often, he drops me a line just to say hello.  He writes to ask me questions.  He tells me about his writing accomplishments and his goals.

Not long ago, he mentioned that he showed my Facebook picture to his mom.  Wow, I guess I really do rate with some people.  I wonder what he told her?

"Hey Mom, here's the lady who marks up all of my manuscripts."

But maybe it's "This is the lady who never gave up on me."

Occasionally, G. Smith shares his rejection letters with me, which is pretty brave.  I know of no one who shares their rejections.  It's so personal.  And yet when he sends one to me, I try to encourage him to persevere because if you want to call yourself a writer, that's what you have to do. 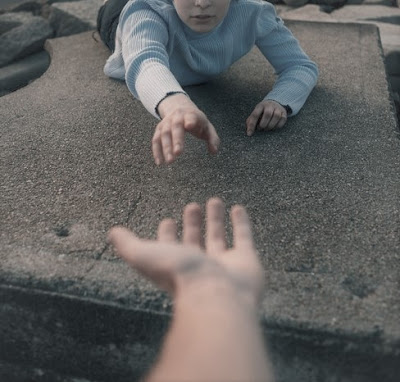 Though I've been mentoring writers for a long time, I never tire of giving writers a helping hand.  Most of them genuinely want to invest the time to learn the craft.  However, there are others who get offended if they are asked to revise.  They have an attitude.  They believe their work is perfect as is.  They have yet to learn that editing + editing + editing = publication.

After all this time, G. Smith is remarkably disciplined.

He edits his work.

He continues to develop skills to reach a wider audience.

Most of all, he never gives up.

G. Smith understands what it means to be a writer.

And I couldn't be more proud. 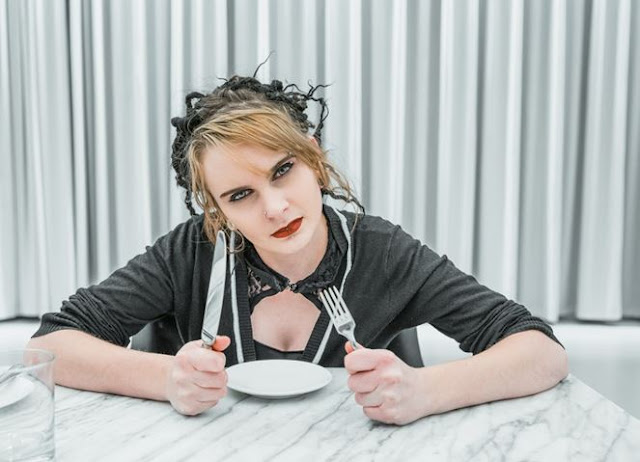 CALL ME ISHMAEL OR BOSSY

Some people may call me a know-it-all.

They misunderstand.  Truth is, I love sharing my knowledge with people.  And that could come across as bossy or pushy.  I like to write how-to pieces because people are hungry to discover ways to solve a problem or learn something new.

how to learn a language,
how to work with unprofessional people,
how to do laundry,
how to walk in heels,
how to make a car repair,
how to fix a toilet,
how to mend a broken heart,
yada yada yada it's all there on the Internet—anything your little heart desires to know.

Writers who want to build their bio can write a how-to article.  These pieces are not difficult to write.  It takes some research and good writing skills.  Here's how to get started:


I'm always thinking about new topics for a how-to article.  From my experience, I could advise writers on publishing with an indie press or finding marketing ideas. 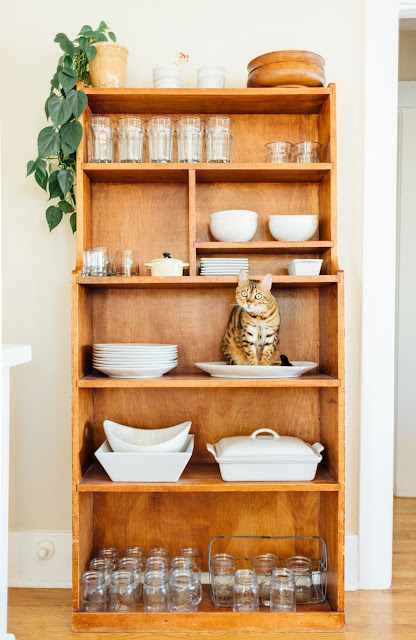 But I wouldn't have to narrow my how-to topic to just writing.  The saying goes "write what you know."

Therefore, I could write about:


I've lived these experiences; therefore, I would have plenty to write about.

So call me what you will, bossy or pushy, a know-it-all, whatever.  It won't hurt my feelings.  My mission is to inform the hungry reader.