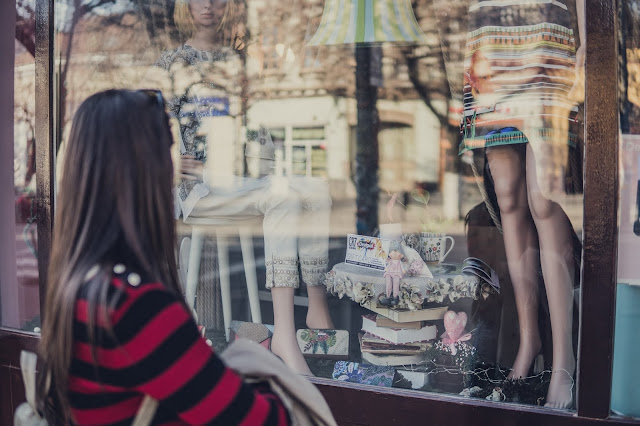 Though I'm not too picky about food, I have known some picky eaters, and most of them are four-legged creatures.  Namely, our cats.

Our first cat Ollie (God rest his soul) ate dry cat food.  He wasn't picky about the food, but he was picky about HOW he ate the food.  Ollie liked to play with his food.

After I'd pour kibbles into his bowl, he would put his paw inside and flick one out to eat it.   Now maybe he didn't like touching the bowl with his whiskers.  Whatever.   But when he was hungry, we knew it.  He was loud.

Which leads to the question:  why do parents tell their kids don't play with your food?  Isn't the objective to get kids to eat what's served?  Playing with food worked for Ollie.  Why not kids?  Unless parents are pressed for time, seated at a restaurant, or teaching manners, playing with food could get kids to eat their veggies.

Our second cat Ozzie is not as picky.  He likes wet and dry food.  He doesn't flick food out of his bowl, but he likes to have a clean food bowl when it's time to eat.  Which is often because he is, like most cats, a grazer.  Ozzie wants to have treats sometimes before he eats.  And if he spends the entire morning sleeping on the bed in the guest room as I write, I will bring his food bowl to him.  This brings new meaning to breakfast in bed (okay, stop rolling your eyes).

We also take care of a stray cat we call Putty.  During the winter months, we have a heated yurt for him.  And he loves it.  But lately he's getting choosy about meals.  First, he enjoyed Luvsome dry food, which I also serve to Ozzie.  After a while, I thought the morsels might be getting boring for him, so I added some Purina wet food.  This combination used to make him happy and he'd lick the bowl clean.

On one particularly cold day (in the teens) I felt sorry for him and put some of Ozzie's premium wet food on top of the Purina wet food.  Putty picked out the Weruva cat food and left the Purina.  That's pretty nervy for a stray who should be thankful he's getting fed. 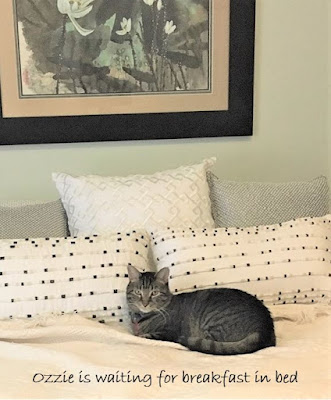 And then I got the feeling my stray strays.  He works the neighborhood—presses his sweet face up against a glass door or window and stares until he's fed.  No telling how many neighbors he's visiting.  Obviously, a lot.  He's gotten plump, much fatter than Ozzie.

To be fair, not all four-legged creatures are picky eaters.

When it's winter, I put grapes in the bird feeder for the cardinals and robins.  These birds eat berries and since the trees are bare, they go for the grapes which I'm guessing must be a good substitute for berries.

Seeing that they enjoy fruit, I decided to try something new.  One day, I put a banana in the feeder.  And...they ignored it.  Maybe it was a texture thing.  So, before accepting defeat, I poured safflower seeds around the banana, you could say as an appetizer.  The birds ate the seeds and left the banana.

How can birds be so picky in the winter time?

Be it as it may, I will accommodate these picky eaters.  I enjoy watching the birds and having Putty visit our deck.  And I wouldn't want them to go hungry in the winter.

So, Putty will have expensive wet food.  Birds will get grapes.

And as for feeding our indoor feline?  By now, you all know the drill.  Ozzie will be having his breakfast in bed.