Editors publish stories, not situations.  What's the difference?  Conflict is absent in a situation.  For example:  If a child spends the day at the zoo with his parents, rides the train, and has a picnic lunch, then it's a situation, not a story.  But if the child is gets lost at the zoo, then conflict has been created and you have the beginnings of a story.

A story needs to have a main character who faces a problem.  The earlier the conflict is mentioned, the better.  It will create tension and interest and will hook the audience.  The conflict should be relevant to a child, something he could experience or is likely to understand.  More, the problem must be solved by the main character. 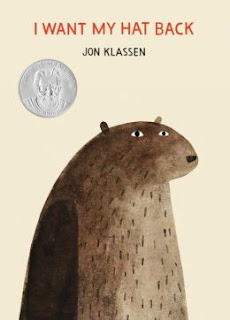 Take for example the wonderful picture book,      I Want My Hat Back by Jon Klassen.  The book is not just about a day in the forest with a bear and his woodland friends.  The bear has a problem: his hat is missing and he wants it back.  One by one, he asks each animal he comes across if they have seen his hat.  He gets despondent until a deer refreshes his memory.  So, the bear renews his search and succeeds in finding his hat, which in the end, leads to a humorous implied conclusion.

Ask yourself these questions when you write your story:
Does the main character have a problem that he eventually solves by himself?
Is there action, a climax, and a resolution?
Will solving that problem change the main character in some way?

If you’ve answered “yes” to these questions, then you gone beyond a situation and you likely have a very good story to tell.